In most Female Dominated Relationships, not only is the woman physically and materially in control of the relationship, making all the big decisions for the family, assigning roles and jobs, and even permitting or denying physical contact, she is also emotionally in charge of her cuckold man. It is this emotional control that is much more powerful and persuasive a means of keeping the man in line, even more so than corporal punishment or denial of sexual gratification. But it’s also something that the Submissive man deeply desires and yearns for, more so than the physical torments, and it is what keeps a good relationship on track.

One of the main emotional controls Dominant women in FLR employ is humiliation. This can be achieved in many ways, and is often geared towards what is most humiliating to the particular Submissive’s personal situation. Some Dominant women will dredge up painful situations from the Sub’s childhood, call him names that were hurtful to him in the past, force him to submit in embarrassing or uncomfortable ways, or force him to submit in public around others that do not know about his FLR arrangement at home.

Humiliation can be both physical or verbal, although it will always elicit a emotional response. Many times this emotional release is due to the deep-seeded feelings the Sub has over his desire to submit. Many men feel extremely conflicted that what they desire most (submission) is unacceptable in typical society, and the shame and fear of others finding out about what makes his happy are pushed down to a deeply hidden place. Humiliation play can help bring up these feelings, allowing the Sub to finally cope with his own true nature. Other Subs will have an emotional release just from the stress of the situation, and for many it is the only way they can still feel such powerful emotions. So even though they may not be happy or desirable emotions, just the ability to feel something is what makes them crave the humiliation aspect of the cuckold relationship. 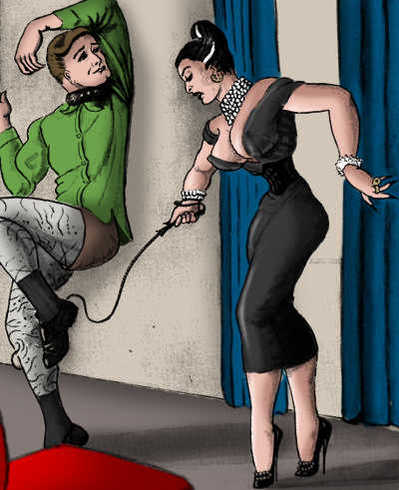 Other couples employ humiliation as a control mechanism. In a cuckold marriage, the woman has to repeatedly assert her dominance. Women are naturally less physically powerful than men, so it is only natural that they would use other means of control that they are better suited to such as using their brain power and wit. Humiliation can be used as a punishment or as a warning to stop a particular unwanted behavior. It can quickly and immediately remind the Sub of his place in the relationship and force him back into a state of obedience. When used correctly, humiliation is one of the most powerful tools in a Dominant female’s arsenal, and it can create a more obedient, harmonious relationship.